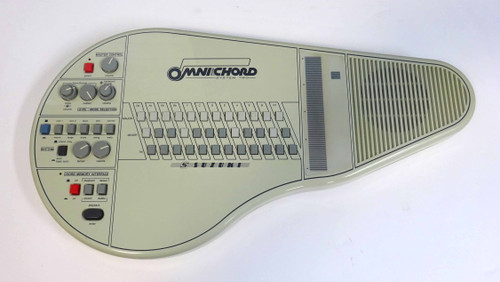 We don't know much about this Omnichord  but it does turn on and produce sound and the functions we could figure out how to test seemed to work properly. It works well with the included power adapter but it will not work on batteries due to corrosion in the battery compartment.

Following the success of the OM27 two new Omnichords landed on Planet Earth in 1984, possibly delivered to 'Mork' in person by a Vulcan Princess named T''Pau? These new versions; System One (OM36) and System Two (OM84) were released simultaneously (err...that means together).

Like the OM27 with its 27 chords, the original Suzuki technical bulletin revealed the name of the OM36 and OM84 directly related to the amount of chord variations available to the Omnichordist. Three rows of newly designed rubber chord buttons provided 36 major, minor and seventh chords for the OM36 and 84 major, minor, seventh (M & m), augmented and diminished chords for the OM84. As it happened, the production release of the OM-36 increased the playable chord number to 84. The new chord button layout has remained with us on almost all proceeding models including the latest version (QC1)

Ivory in color with color coded controls, strumplate and chord buttons, the OM84 was a giant step forward. In addition to all the features found on the OM36 the System Two includes twin strumplate voices with variable sustain. The two sounds could be mixed via a double rotary control giving many new possibilities for the SonicStrings. The Chord buttons had an interesting new feature; two colours were used to mimic the layout of 19 piano keys. (C-G). The biggest new addition was the on board Chord Computer allowing the user to record a sequence of chords which could be started and stopped via panel buttons or optional footswitch.

Both models packed a whopping 2 Watts which is surprisingly loud! 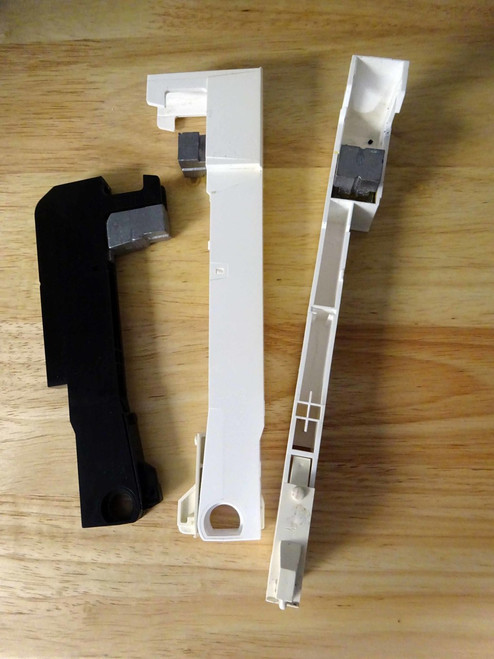 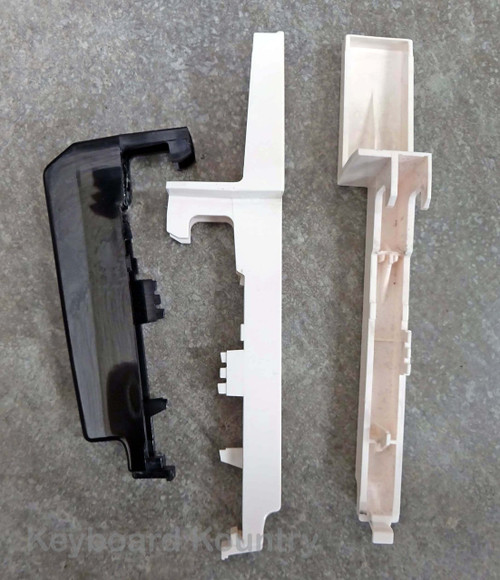 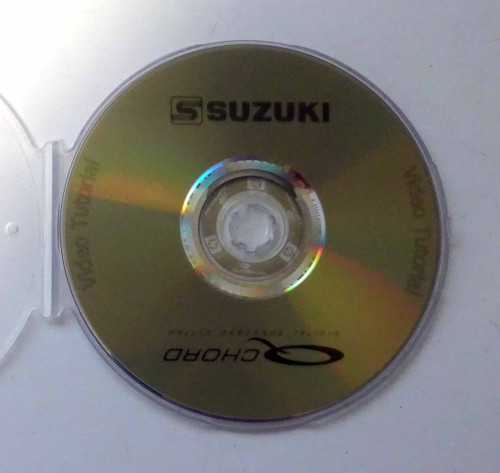