This Fantom is in good working order and fair cosmetic condition. Every button and knob works properly, the floppy drive works, the display screen is bright and clear, the pitch bender works and it has the newest OS version 1.20. It has scuffs, scratches and wear throughout. It includes a power cord.

The Fantom is Roland's next-generation workstation. Every aspect of this 76-note keyboard - from its simplified user interface and sequencer to its variable arpeggiator and Rhythm generator - has been thoughtfully designed to keep the music flowing. And with its expandable XV-Series sound engine and digital outputs, the Fantom has everything you could ever want in a workstation keyboard - except the work.
The Fantom Concept
The idea behind the Fantom workstation is simple: Create an environment that fuses the previously disparate worlds of composition and performance, allowing you to capture and develop ideas quickly. To this end, the Fantom includes powerful and expressive XV-Series synthesis with studio-quality effects, inspiring realtime features and a sleek user interface for streamlined operation. Put simply, this is the compositional tool you've been waiting for.

Built from the Best
The creative process begins with the Fantom's 64-voice, 16-part multitimbral sound source the same engine used in the acclaimed XV-5080. This ultra-expressive architecture can use up to four stereo Tones per Patch, giving you unprecedented realism, spaciousness and depth. In all, there are 1,024 Patches (640 Preset Patches, 128 User Patches and 256 GM2 sounds), plus 29 Rhythm Sets at the ready. And the Fantom's sounds are full of life, thanks to the endless modulation routings afforded by Matrix Control's all of which beg to be tweaked with the Fantom's realtime controllers. A 76-note keyboard with Roland's best synth action, plus velocity and channel aftertouch gives you room to play as expressively as you like, while improved 24-bit D/A converters and S/PDIF digital outputs (coaxial and optical) make the Fantom our best-sounding workstation ever.

An Effects Powerhouse
With three independent effects processors (Reverb, Chorus and M-FX), chances are you can forget about your outboard gear. To start, the Fantom delivers professional reverb based on Roland's acclaimed SRV-3030 24-bit Digital Reverb Processor. So whether adding a bit of reverb to a grand piano or drum set, you'll get silky-smooth reverberation down to the last tail. Speaking of smooth, Fantom's dedicated chorus processor is all it takes to thicken up anything from Rhodes to strings. And with 90 multi-effects algorithms including COSM Amp Modeling, a triplet-based Shuffle Delay, Lo-Fi processing, Slicer, 3D effects and more you can sculpt your sounds in any way desired.

Expandable to Over 200MB of Sounds
While the Fantom's massive wave memory is stock with just about every sound imaginable, it's nice to know you've got options. To this end, the Fantom is equipped with two SRX-Series expansion slots and an SR-JV80-Series slot, giving you access to one of the largest sound libraries available without the hassles and load time of CD-ROMs. Each SRX-Series board is equivalent to 64MB of the finest sounds available from concert pianos to strings, drums and more. And with nearly 20 SR-JV80-Series titles, you can cover just about any musical genre from Latin to world music, hip-hop, house and more.

Start by selecting an Arpeggiator style such as guitar picking and strumming, piano backing, bass lines or keyboard hooks. Since styles can be linked to a Patch or Performance, all it takes is the press of a key to let the magic begin. You can even modify Arpeggiator patterns and Patches in real time using the Fantom's host of realtime controllers including four knobs and the light-sensing D-Beam.

From there, get your groove on with the Fantom's unique Rhythm Generator. This interactive tool is loaded with patterns in styles ranging from contemporary pop and rock to jazz, fusion and Latin even modern techno, house and drum. And selecting different patterns all on the fly is easy; just hit a different note within the Rhythm Generator's pre-mapped one-octave key range.

Both the Fantom's Arpeggiator and Rhythm Generator patterns were recorded by live session musicians using instruments like Roland's V-Drums and GR-Series guitar synthesizers resulting in the most natural, musical feel possible. With powerful functions like these, you don't even have to use the sequencer to create music. (Of course, the ultimate method is to combine Arpeggiator and Rhythm Generator patterns with your own playing.) And with so much realtime control available, making music becomes a fun and interactive process rather than a labor-intensive task. This is the essence of the Fantom.

When it's time to capture your idea, simply record and edit your performance in the Fantom's high-resolution sequencer complete with Realtime Phrase Sequencing (RPS) for triggering musical phrases and controller data. Best of all, the Fantom's sequencer is always active, so when inspiration strikes, recording starts immediately whether it be live playing, knob tweaks or Arpeggiator patterns. And with the Fantom's simplified Multitimbral mode, setting up a 16-part sequence is now easier than ever. After recording, you can use powerful Microscope editing to massage your tracks further via the large, angled LCD display.

A Play Station for Musicians

With the Fantom's sleek titanium styling and musician-friendly interface, we almost hate calling it a workstation. Because work is the last thing it feels like when using this intuitive, yet powerful keyboard. To start, the Fantom's front panel is designed to minimize buttons and clutter by using a large LCD display with soft key navigation. (These soft keys can also be used to instantly recall your favorite Patches or Performances.) This means that whether setting up a Performance, editing a Patch or sequence, you'll find the Fantom to be both logical and musical. And isn't that what's important? 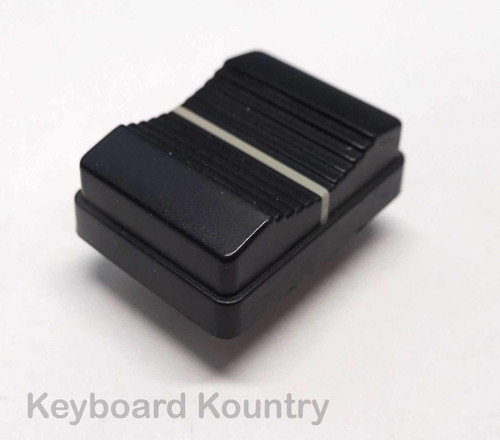 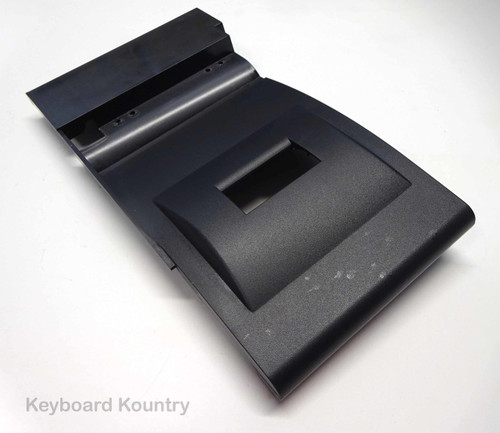 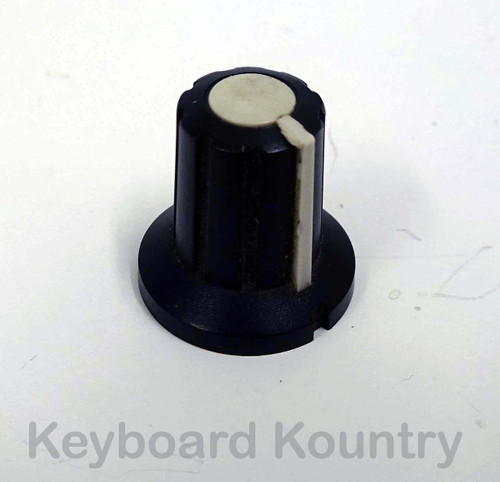