This N1 is in very good condition and it sounds AMAZING!!!. Everything on the keyboard works exactly as it should. All of the keys play well and there are no cracked or broken ones. Cosmetically the keyboard is about average for a keyboard of it's age with just the normal wear and tear you should expect. I have included a lot of pictures and a video and I think you can just let them speak for themselves. NO INTERNATIONAL SHIPPING ON THIS ITEM.

The Korg N1 in general

This is a very nice performance synth. It's basically an N5 with 88 weighted keys, 4 line outs, and an extra 6 megabytes of piano/EP/organ PCM ROM. It's definitely worth the extra money over the N5 if you intend to play it like a piano at all. The key weight and response is very good, although slightly heavy compared to some acoustic pianos I've played. I compared it with the SGproX, and the keys feel very similar.

Sounds: The main piano sound is very convincing--much better than the ones I've heard on the 0, X, and older N series synths. It even sounds fine (but dry) with all the effects turned off. I did not get a chance to compare it to the SGproX piano sounds. The other sounds, all 1269 programs and 402 combinations from 563 multisamples and 286 drum samples, are of very high quality, but they will be familiar to you if have any of Korg's older Ai^2 synths. They are not the same as the NS5R sounds; there are new, original sounds as well as ones taken from the 0, X, and N series. One new addition to the N1/N5 not found in previous Ai^2 synths is a 48th effect type, a resonance filter, which will provide some extra sound shaping possibilities.

User interface: 4 knobs allow you to edit sound parameters in real-time. These knobs and the mod wheel are each assignable to one of 14 sound parameters or 96 control change parameters. They are quite convenient for editing sounds and responsive enough for live performance use. The number of on-board buttons seem just right--just enough for the useful functions and not too many to confuse you. The screen is about the right size. It is capable of displaying sound parameter changes graphically, e.g. the envelope shape, when you are in edit mode. Too bad it does not show this in performance mode when you use the 4 knobs. There are also 32 performance settings that allow you to store the sound map for each MIDI part, FX, arp, split/layer, etc. By the way, you can also assign an entire combination to a MIDI part/channel, unlike some older Korg synths that only allows you to assign programs.

Misc: The PC TO HOST connector is quite convenient and implemented very well. The actual protocol allows 48 MIDI channels to be transmitted via a serial port (although at 38.4 kbps, I doubt they can all work at once!). The N1/N5 allows you to route the first 16 channels to internal parts or to MIDI Out, the second 16 channels are sent to internal parts, and the third 16 channels are sent to MIDI Out. So basically, I can chain a second 16-channel MIDI device to this and have my computer play all 48 parts via a single serial port. It does not include a cable, but it uses the same one as the X5 and NS5R and is relatively easy to construct. It would have been nice if the keyboard had a second MIDI Out, though.

Comments About the Sounds:

In general, very good quality. The extra 6 MB of sample ROM on the N1 vs. N5 gives it extra piano/EP/organ sounds. 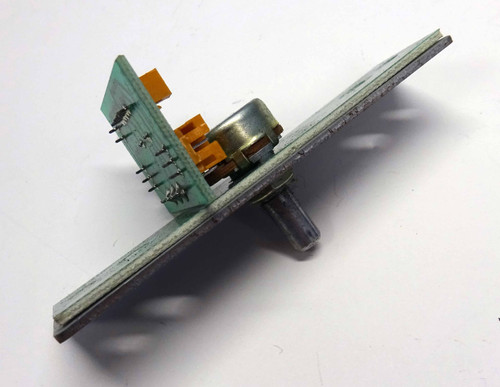